Central Moving & Storage (CMS) was founded and incorporated in October 1985 by James Fontaine.

James acquired his knowledge and experience while growing up in a family owned moving business that his grandfather started in 1920. In 1977, James moved to Florida in anticipation of beginning his own company. Working for a major van line in Miami, James had the opportunity to move to Orlando and begin what is now CMS. The Company logo was designed and the phrase "Founded on a Lifetime of Experience" became a reality.

CMS initially began as most moving companies do; servicing household and office relocations. While the company continued to service these sectors on a local, statewide, national, and international level, CMS felt the need to diversify from the "traditional" moving company services. CMS began pursuing the installation and storage of new hotel furniture, design and fabrication of equipment to enhance the performance of heavy rigging relocations, electronics, and the distribution of store fixtures (including a major greeting card company on a national level.)

Our first large FF&E project began at a local theme park which consisted of 3,045 hotel rooms. Not only was the project a 100% success but it was the mark of a new era for the company. Distribution work now contributes to 60% of the company's gross revenue. We have not only been a pioneer with the exclusive installation of "Kids Suites", but have also completed the installation of furniture and fixtures on two cruise ships in Italy. CMS services a variety of high profile companies.

In order to meet the demands and needs of every sector of business CMS services, we’ve developed separate divisions with highly trained personnel to cater to the individual needs of the customer. By doing so we ensure the customer receives the highest standard of excellence available in the market place today. It is our guarantee! 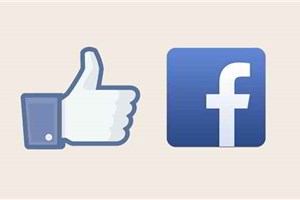 Like us on Facebook and learn more about how our world-class team exceeds our customers’ expectations every day.

Tammie, Thank you so much for arranging our move/storage on June 28. Brian and his team did a great job. They were very courteous and professional. And, it appeared they were taking great care of everything. Brian mentioned that he would be handling our move-in as well which I was very happy to...

Moving is a major event and a cause of stress for many businesses and homeowners. When hiring professional movers, you want to be positive that you can rely on them to handle and...